A “small number of documents” with classified markings that appear to be from the Obama administration were found at a Washington, DC think tank linked to President Joe Biden and are being reviewed by the Justice Department and the National Archives, a lawyer from The White House said Monday.

The documents were discovered in a locked cabinet by Biden’s lawyers days before the midterm elections as they prepared to leave office space at the Penn Biden Center for Diplomacy and Global Engagement, Richard Sauber, a special adviser to the president, said in a statement.

A source familiar with the matter told NBC News that Biden only became aware of the classified documents stored in his former office when he was informed by his lawyers that they had discovered them.

CBS News first reported on the documents and that they were reviewed by a US attorney in Chicago.

A source familiar with the matter confirmed to NBC News that Attorney General Merrick Garland asked the U.S. Attorney for the Northern District of Illinois, John R. Lausch, to review how classified material ended up at the Penn Biden Center. The review was intentionally assigned to Lausch, a remaining Trump appointee, to avoid any conflict of interest, the source said.

Sauber said the White House is cooperating with the Justice Department and the National Archives on the discovery of the documents found in an office Biden used “periodically” from mid-2017 to the start of his 2020 presidential campaign .

“The White House is cooperating with the National Archives and the Department of Justice on the discovery of what appear to be Obama-Biden administration records, including a small number of documents with classified markings,” Sauber said.

According to Sauber, the classified material was discovered on November 2 by Biden’s personal lawyers, and the White House counsel’s office notified the National Archives, which took possession of the materials the following morning.

“The documents were not the subject of any previous request or inquiry from the archive,” Sauber said. “Since this discovery, the President’s personal attorneys have been cooperating with the Archives and the Department of Justice in a process to ensure that any Obama-Biden Administration documents are appropriately in the Archives’ possession.”

News of the found documents comes about five months after FBI agents executed a search warrant at former President Donald Trump’s Mar-a-Lago resort in Florida. The search revealed more than 100 documents with classification marks, including some that were marked as top secret.

Last month, two more documents with classified markings was found in a warehouse in Florida not far from Trump’s Palm Beach resort and was turned over to the FBI.

The National Archives said last February that Trump needed to return 15 boxes of documents which was improperly taken from the White House, while adding that it believed more records should be turned over starting when the former president leaves office in January 2021.

The August FBI search came after a grand jury subpoena issued in May sought any remaining sensitive documents.

Writing on his Truth Social account about the documents from the Penn Biden Center, Trump said: “When will the FBI raid Joe Biden’s many homes, maybe even the White House? These documents were definitely not declassified.”

Rep. James Comer, the new chairman of the House Oversight and Accountability Committee, told reporters Monday night that he plans to send a letter to the White House counsel’s office and the National Archives requesting information about the documents.

The Kentucky Republican added that based on research by his investigators following the Mar-a-Lago search, it was not uncommon for former presidents to accidentally leave office with classified documents. He also made it clear that he thought it unlikely that Biden did anything wrong and that he was more concerned that Trump may have been treated unfairly.

“There are a lot of people in America who believe that there is a two-tier justice system in America. That there is a difference in the way Republicans and Democrats are treated,” Comer said.

Rep. Jamie Raskin of Maryland, the top Democrat on the House Oversight Committee, highlighted what he said appeared to be swift action by Biden’s lawyers.

“Lawyers for President Biden appear to have taken immediate and proper steps to notify the National Archives of their discovery of a small handful of classified documents found in a locked cabinet at the Penn Biden Center so that they could be returned to the custody of the federal government,” Raskin said. “I trust that the Attorney General took the appropriate steps to ensure a careful review of the circumstances surrounding the possession and discovery of these documents and make an impartial decision on any further action that may be necessary.”

After leaving office in January 2017, Biden was named the University of Pennsylvania’s Benjamin Franklin Presidential Practice Professor and head of its new think tank. The school formally opened a suite of offices for the center in February 2018, including an office for Biden’s personal use when he was in Washington.

During a 2018 interview after the formal opening of the offices, Biden told MSNBC, “I no longer have access to classified information.”

Biden did not respond to shouted questions from reporters on Monday ahead of a bilateral meeting with President Andrés Manuel López Obrador of Mexico about how classified documents were found in his private office.

Political pundits may be done with Trump, but GOP voters are not 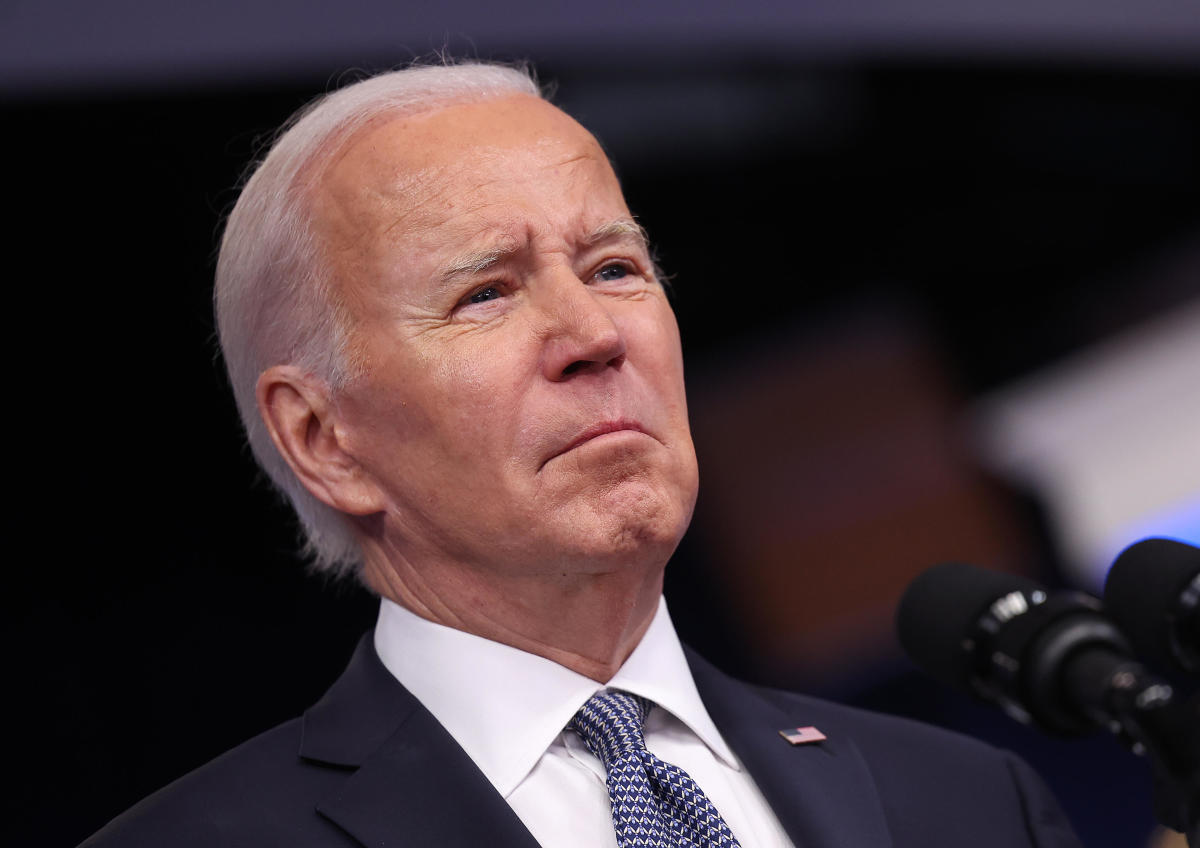 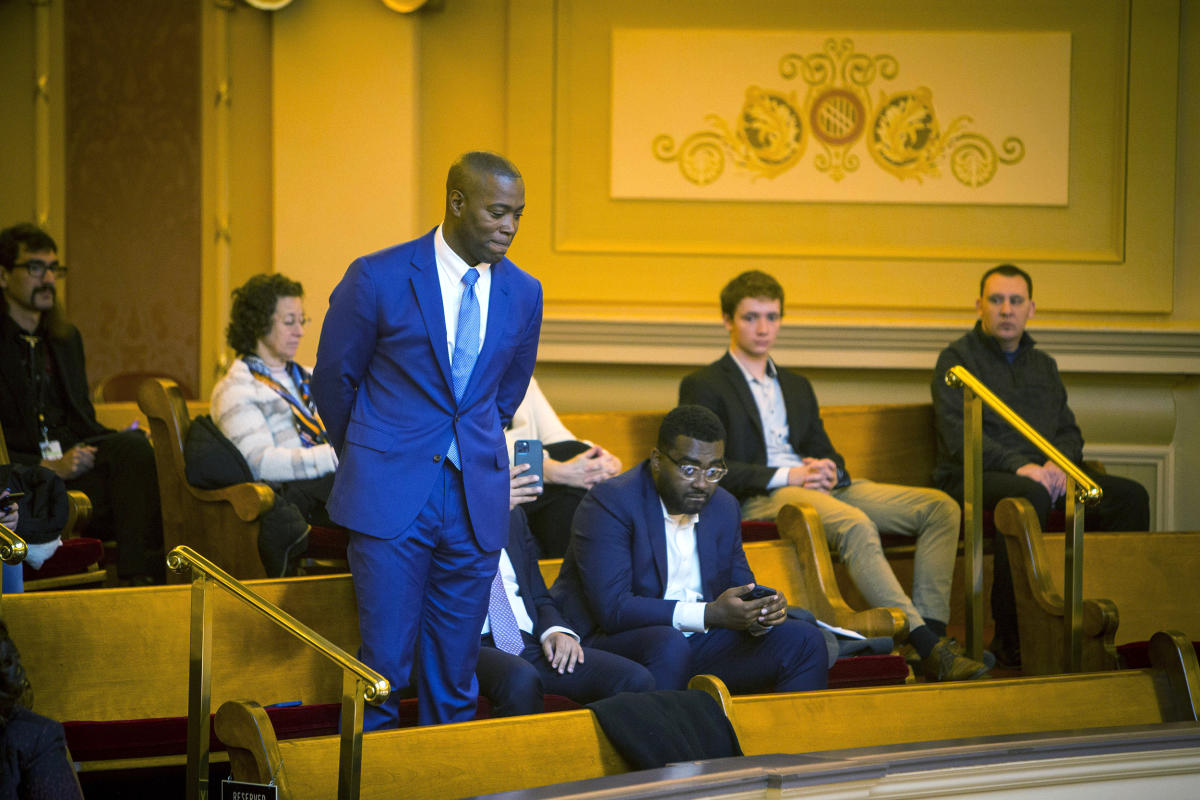