How I found myself pounding a table for Pele with a U.S. Senator

This is a strange but true story, like so many of the stories about Pele, the Brazilian legend who died on Thursday at age 82.

Like, the story about a 1960’s civil war in Nigeria, when the warring sides agreed to stop killing each other for 48 hours because Pele was in town for an exhibition. Both sides laid down their guns to watch him play. When Pele left, everyone got back to the lesser business of fighting for the future of their country.

Like, the story about Pele’s 1982 visit to Washington D.C.when a man introduced himself like so: “My name is Ronald Reagan, I’m the President of the United States of America. But you don’t need to introduce yourself, because everyone knows who Pelé is.”

Like, the story about Pele making his professional debut in Brazil at age 15 and scoring a goal in his first game, then leading the league in scoring the next season, at age 16. He made his debut for the Brazilian national team at age 16, and scored in his first game.

Like, the story about Pele becoming the youngest player in a World Cup final in 1958, but scoring twice as Brazil beat Sweden.

Sen. Young and I are sitting at the Taxman Brewing Company in Bargersville on a Sunday morning, watching the 2022 World Cup final between France and Argentina, and the topic turns to Pele. Sit in front of a soccer game long enough, and the topic will eventually find its way there.

In so many sports there is debate about the greatest player of all time. Run through the sports in your head. You’ll have an opinion, like Peyton Manning in football, but someone else will suggest Jim Brown or Jerry Rice or whoever, and maybe they’re right. Who really knows? Same with baseball (Babe Ruth, Hank Aaron, your choice here), basketball (Michael, Wilt, etc.), golf (Tiger, Jack, etc.), tennis (Serena, Martina, etc.) and so on.

In soccer there is no debate. It is Pele. In recent years people have tossed around Ronaldo vs. Messi, but only for present primacy. All time? There is only Pele.

The reason is as subtle as Sen. Todd Young and me, sitting at Taxman, pounding the table for Pele.

That’s from the 1981 movie Victory, set during World War II, with Allied prisoners of war in Germany playing a game against German soldiers. Pele was among the Allied prisoners (Michael Caine was the coach, and Sylvester Stallone the goalkeeper).

In one of the greatest scenes of all time, and I’m saying that as a kid who grew up in the 1970s loving soccer in part because the NASL’s New York Cosmos signed this Pele fellow in 1975, Pele is outside the 18-yard box, waiting for a perfect cross from English soccer legend Bobby Moore (!!!). The ball floats toward Pele in slow motion as one defender, then another, leaps unsuccessfully to head the ball away. Pele, his back to the goal, elevates and does a half-flip most of us had never seen in 1981, somersaulting in mid-air as he blasts a goal into the back of the next.

The crowd, even the oppressive German major played by Max von Sydow, rejoices, and soon they are chanting for Pele, and for the Allied soldiers:

As I say, one of the greatest scenes of all time. This is not up for debate.

Watching that movie on HBO in Carmel, 9-year-old Todd Young had the same idea as the 11-year old me in Oxford, Mississippi. Both of us went into our back yards and tossed a soccer ball into the air, flailing at it with half-flips, trying to bicycle-kick it into the imaginary net behind us.

Young would go onto star for Carmel, helping the Greyhounds reach the 1989 state title game, and then played for the U.S. Naval Academy. He went to Navy to play soccer, and only to play soccer, unintentionally launching a career that led him to the U.S. Senate. Pele helped do that.

As for me, I went only as far as high school in Macon, Georgia, and while I never pulled off a bicycle kick for a goal – one, I was a sweeper; two, I wasn’t very skilled – I did manage a bicycle kick once to clear a ball from danger. Pele did that.

This is how enthralled with Pele I was in those days: I became a New York Cosmos fan, all the way down there in Mississippi, and my dad took me to a Cosmos game against the Memphis Rogues. Pele was retired by then, but we did see Giorgio Chinaglia, a name that until this very moment I hadn’t thought about in 40 years, but a name I just spelled correctly off the top of my head.

Pele did that, too.

So we’re sitting at the Taxman in Bargersville, Sen. Young and me, two middle-aged guys from the Midwest expressing our love for a dying soccer player from Brazil by pounding the table. The world is expressing its love for Pele today, mourning the greatest ever, telling strange but true stories, like so many of the stories about Pele.

Like, the one about his final game, an exhibition in 1977 between the Cosmos and Pele’s longtime Brazilian club team, Santos. Pele was three weeks from turning 37, an old man by soccer standards, but after scoring career goal No. 1 at age 15, he scored No. 1,283 that day at nearly 37. It was a 30-yard free kick in the first half for Santos, after which Pele switched teams and played the second half for the Cosmos. More than 77,000 fans were at Giants Stadium, and the game was televised worldwide.

It was raining for Pele’s final game, and a newspaper in Brazil wrote the following headline: “Even The Sky Was Crying.”

That really happened. So is the rain falling outside my window, right now.

Find IndyStar columnist Gregg Doyel on Twitter at @GreggDoyelStar or at www.facebook.com/greggdoyelstar.

More: Join the text conversation with sports columnist Gregg Doyel for insights, reader questions and Doyel’s peeks behind the curtain.

This article originally appeared on Indianapolis Star: Pele died at 82 after inspiring young soccer players around the world 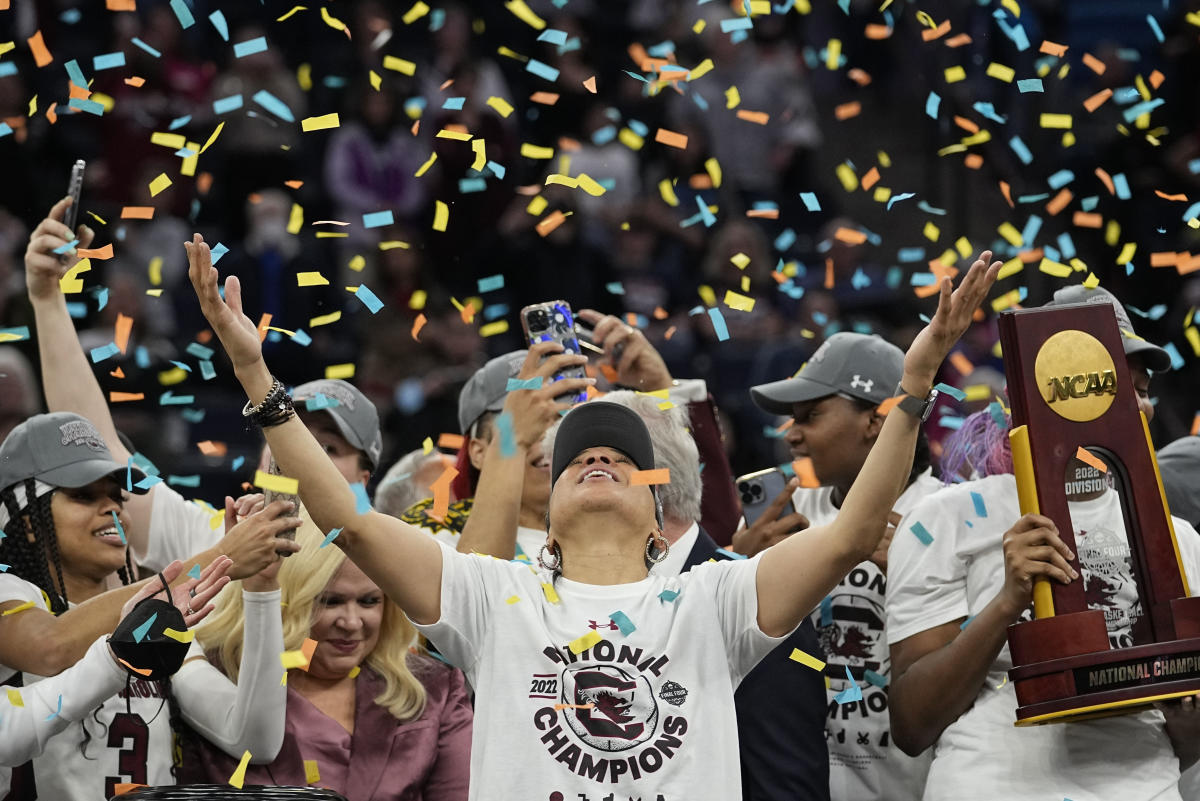 Eminem Turned Down $8 Million To Perform At The World Cup 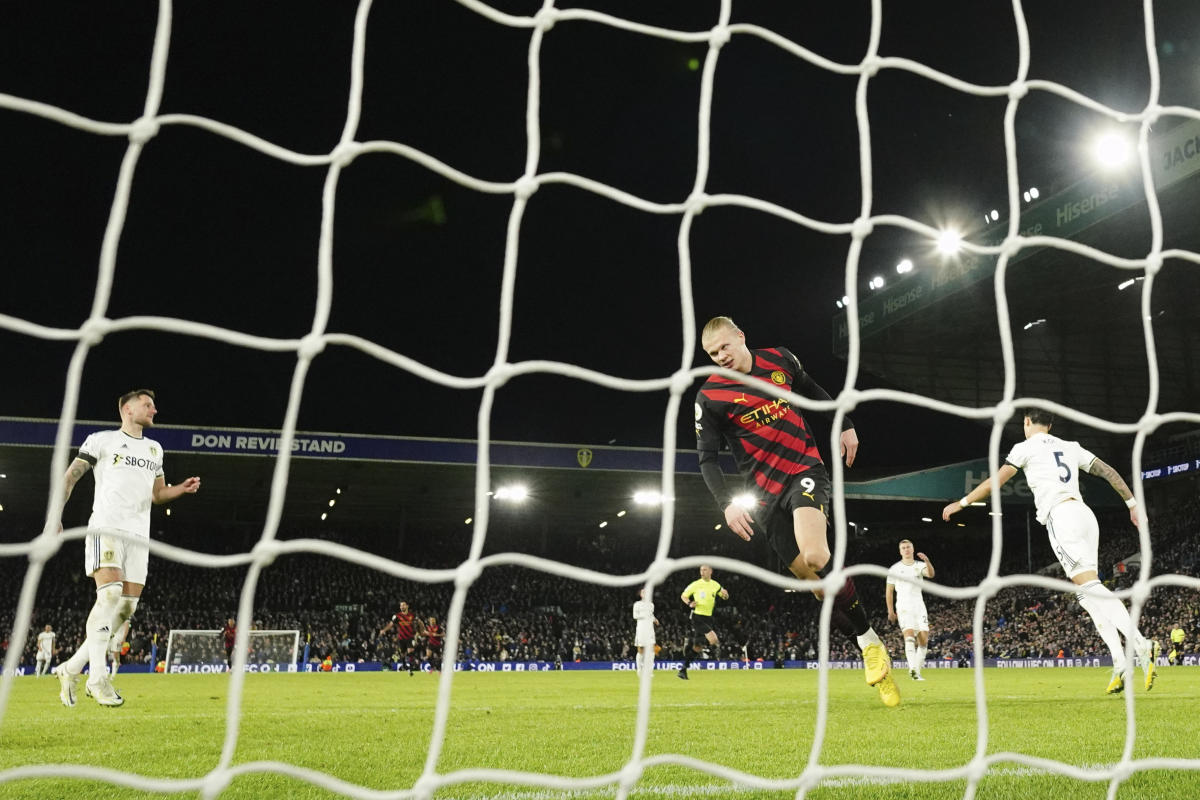