Art Industry News is a daily digest of the most consequential developments coming out of the art world and art market. Here’s what you need to know on this Thursday, January 19.

Rachel Whiteread Calls for End of the Fourth Plinth – The Turner Prize-winner wants to end London’s Fourth Plinth sculpture program at Trafalgar Square, given that participating artists face challenges finding a permanent home for their work after the public presentation is over. Three-quarters of the former commissions are sitting in storage—one is on display in the U.K. (Guardian)

Professor Who Was Fired for Showing Painting of Prophet Muhammad Sues University – Erika López Prater has filed a lawsuit seeking $50,000 in damages from Hamline University in St. Paul, Minnesota. The school had opted not to renew her contract after she showed her class a 16th-century image of the Muslim prophet Muhammad. (Hyperallergic)

Pax Jolie-Pitt Gets a Gallery Show in Tel Aviv – The 19-year-old son of Angelina Jolie and Brad Pitt is an artist allegedly using the pseudonym “Embtto,” presumably to avoid being name-checked as yet another nepo baby. The artist, who reportedly is preparing for an exhibition at a gallery in Tel Aviv, is not following in his famous father’s sculpting footstepsinstead working in “digital and mixed media processes.” (Page Six)

Museums Contaminated Artifacts With Toxic Pesticides – In the 19th- and early 20th-centuries, to protect the overwhelming number of colonial-era objects they had amassed, German museums sprayed these objects, which were made from organic materials, with toxic chemicals to protect them from bugs. The historical use of pesticides on these artifacts, however, has made them highly hazardous to handle. (Guardian)

The Met Names Co-Chairs for May Gala – Actors Michaela Coel and Penélope Cruz, tennis phenom Roger Federer, singer Dua Lipa, and Vogue’s grande dame Anna Wintour will co-chair the 2023 Costume Institute Benefitslated to take place the first Monday in May. In keeping with the corresponding exhibition, “Karl Lagerfeld: A Line of Beauty,” the dress code for the swanky evening is simply “in honor of Karl.” (Press release)

Maya Lin Honored With Annual Crystal Award – The artist and architect was honored with the 29th edition of the award, which recognizes cultural leaders, at the opening of Davos 2023. In her acceptance speech, Lin spoke about the power of art to make a tangible impact on combating climate change. (Press release)

Rijksmuseum’s Resounding Vermeer Ticket Presale – With less than one month until its highly anticipated opening, the Rijksmuseum has already sold more than 100,000 tickets to “Vermeer,” the forthcoming exhibition bringing the most paintings by the Dutch master together at one time. (Press release)


Want to stay ahead of the art world? Subscribe to our newsletter to get the breaking news, eye-opening interviews, and incisive critical takes that drive the conversation forward.

The Turner Prize goes to Veronica Ryan, a sculptor of quiet moments 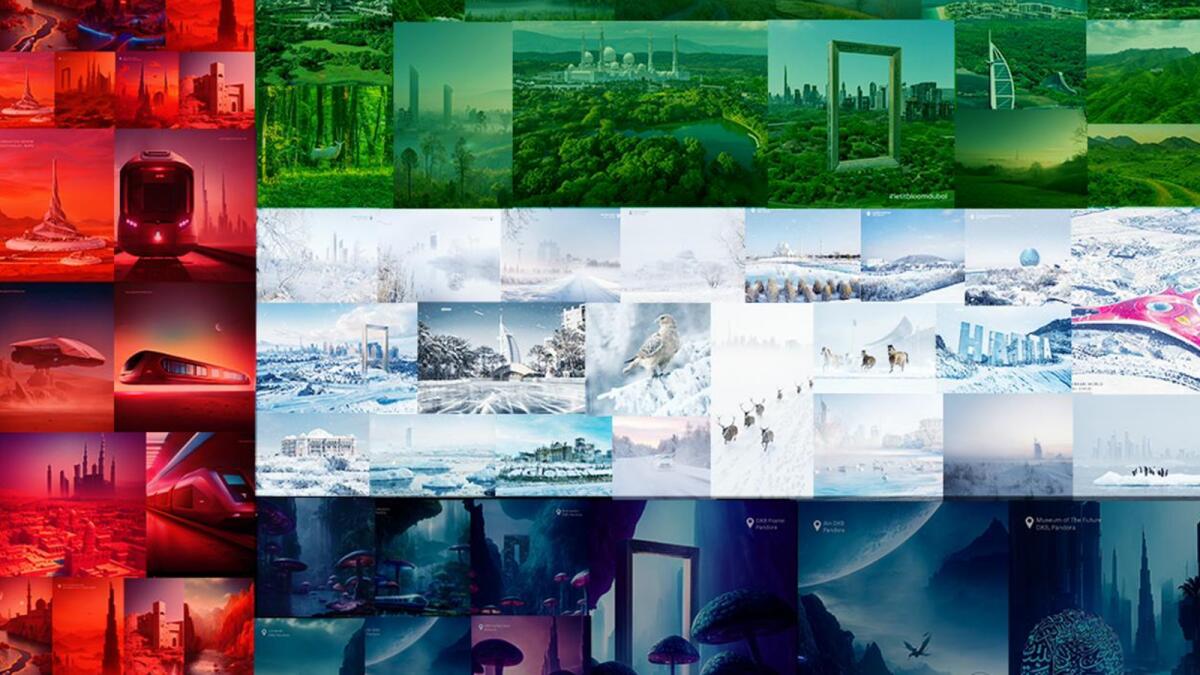 From a jewel-encrusted Burj Khalifa to snowy streets: How AI artists are reimagining the UAE – News

Lizzo enjoys tropical vacation: ‘I finally got the courage to swim with the sharks’